Libya is a maturing oil province in which 27 Gb have been produced, out of an estimated ultimate of 40-60 Gb. Therefore, the depletion midpoint has been reached or will be reached in this decade. Due to the low population (6.5 million) and a local consumption of petroleum products of just 250 kb/d Libya will remain an oil exporter for a long time to come even when taking into account population growth and higher per capita consumption rates. However, we do not know to which extent the current unrest will impact on future oil production. 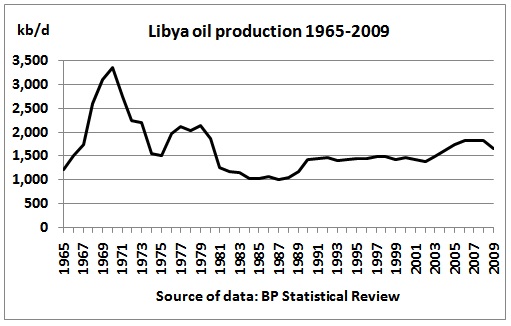